The Narikala Fortress is one of Tbilisi’s most prominent heritage sites and is one of the oldest historical monuments in Georgia. The fortress forms part of an historical trade route between Europe and Asia (the Silk Road). It is still today the most enduring and iconic feature of the skyline of Georgia’s capital city. 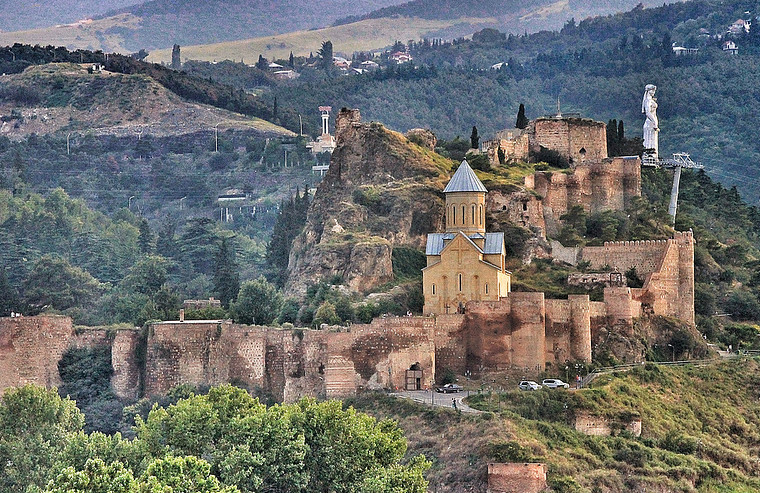 The first mention of the Tbilisi Fortress in Georgian historical records dates from the late 4th century. Later additions were made to the fortress in the 7th and especially in the 11th centuries, the latter representing a large expansion of the site by King David Aghmashenebeli. Throughout the centuries, well-known European travellers and maecenas – among them the famous French writer Alexander Dumas, the French artist Jean-Baptiste-Simeon Chardin, and the British diplomat Sir John Oliver Wardrop – have visited the fortress.

In 1827, an earthquake destroyed the inner part of the fortification, and severely damaged the external walls. Narikala is divided into two sections, a lower and an upper fortification. Ad-hoc restorations to the lower part have seen the towers, walls and several bastions partially rebuilt. 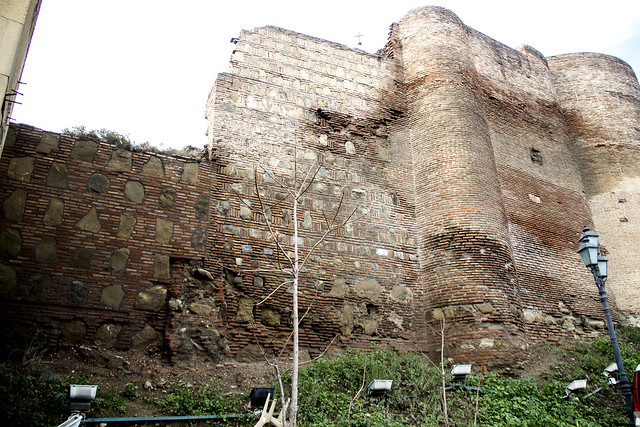 Today, the Narikala Fortress is at risk of collapse, mainly due to lack of maintenance, hydrogeological issues in the area and general decay. In addition, a high-capacity cable car, built in 2012, which operates between the centre of Tbilisi and the Narikala Fortress, has increased visitor access twofold, which in turn has increased the pressure of tourism on the site. 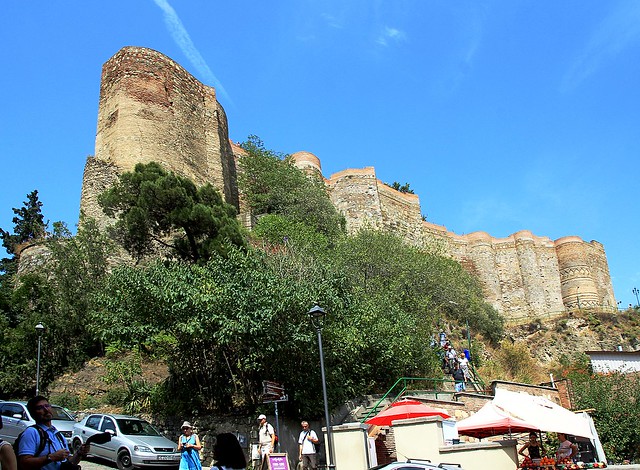 The Tbilisi Development Fund, with the consent of Tbilisi City Hall and with the support of the Georgian Arts and Culture Centre (GACC), nominated the Narikala Fortress to the 7 Most Endangered Programme 2021.

In 2015, the Tbilisi Development Fund drafted an urban rehabilitation project to revitalise the city’s historic district and integrate cultural heritage protection into the city’s sustainable urban development plan. The project has five strands of activity, including the “Restoration and Conservation Programme of the Oldest and Most Important Historical Monuments”, which includes the conservation-rehabilitation project for the Narikala Fortress.

“The main threats to the Narikala Fortress are the instability of the seismic subsoil, and pressure from excessive numbers of visitors. The urgent works foreseen will stabilise the ground and the enclosing walls,” stated the Advisory Panel of the 7 Most Endangered Programme. “The next steps to save the Narikala Fortress, however, remain unclear. The use of authentic materials and techniques must be assured to ensure that this important historical landmark is appropriately restored. Any new use of the Narikala Fortress, both in the interior of the Fortress and in its surrounds, must be well planned and rigorously controlled, prioritising the recovery of the remains of historical structures and the consolidation of archaeological vestiges. Establishing a ‘protective environmental area’ would also have an added benefit, especially considering the risk of some walls collapsing due to seismic activity,” noted the Advisory Panel.