The Church of Saint-Denis is located in the city of Saint-Omer, Hauts-de-France, in the department of Pas-de-Calais, which was a major cultural and economic centre during the Middle Ages. The church’s Gothic bell tower, dating from the 13th century, is the oldest in the North of France. Its classical barrel-vaulted sanctuary and its interiors and furnishings date from an 18th century reconstruction. 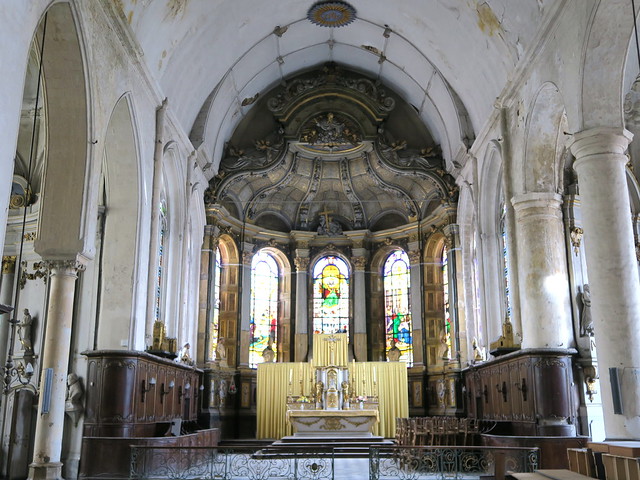 The interiors feature particularly rich examples of many art movements from the 15th to the 19th centuries, a number of which were rescued from a neighbouring abbey that was destroyed during the French Revolution. From stucco decors to wallpaper; from wood polychrome sculptures to gilded bronze, the forms and materials are beyond compare. Its altars, made by trade guilds, are unique in France, thus being rare witnesses to the link between civil society and religious expression. 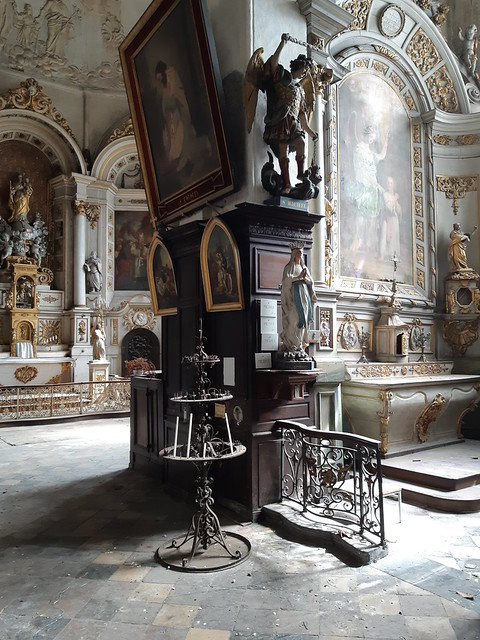 The Church of Saint Denis has a special historical significance, tying France to England and to North America. This Church was favoured by the city of St. Omer’s elite and by the College of Saint-Omer which was run by English Jesuits. Numerous English and American Catholic families sent their children there to study, despite it being prohibited by Queen Elizabeth I.

Today the condition of the Church of Saint-Denis is particularly alarming, a situation emblematic of many churches across France and Europe, due to their decreasing use and thus failing maintenance. The interior surfaces of the Church are peeling off of their supports. The exemplary collection of art and sculptures, which was provisionally stored, remain vulnerable to dry rot and mould, and are still very much at risk. Urgent preservation of the church’s roof has been initiated by the city of Saint-Omer but there lacks funding for a meaningful and direly needed restoration. 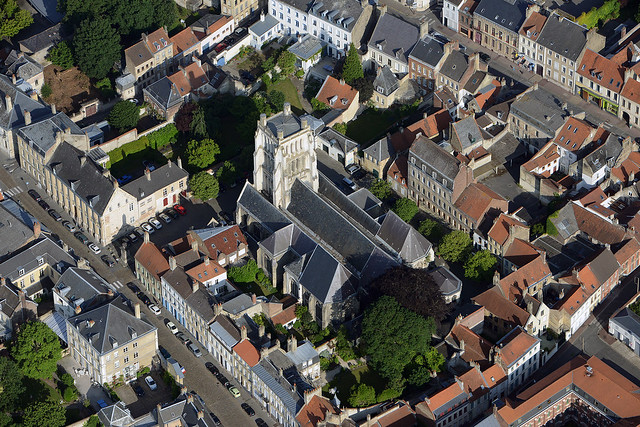 The Advisory Panel of the 7 Most Endangered Programme remarked: “The poor state of conservation of the Church of Saint Denis is emblematic of what is happening to many churches in France and in Europe, which have suffered from decreasing use and failing maintenance. Therefore, the sustainability of this rehabilitation project in the future is linked with outreach to its community and the active involvement of local actors”.

Future for Religious Heritage, the European network for historic places of worship, which is a member of the European Heritage Alliance, nominated the Church of Saint-Denis to the 7 Most Endangered Programme 2021. The city of Saint Omer proposes to turn the church into a place for learning and experimentation in restoration techniques. The church could remain open to the public, allowing for reflection on the value of the heritage and the works being carried out. The project could only succeed with the significant help of public bodies, the relevant governmental departments and private actors.