One of the most significant examples of post-war modern architecture in Finland is now at risk of being lost due to the serious deterioration of its materials. The need for repair and consolidation of the concrete structure has been deemed too costly for the owner of the building, who favours the demolition of the Tapiola Swimming Hall with a new structure to be built in its place. 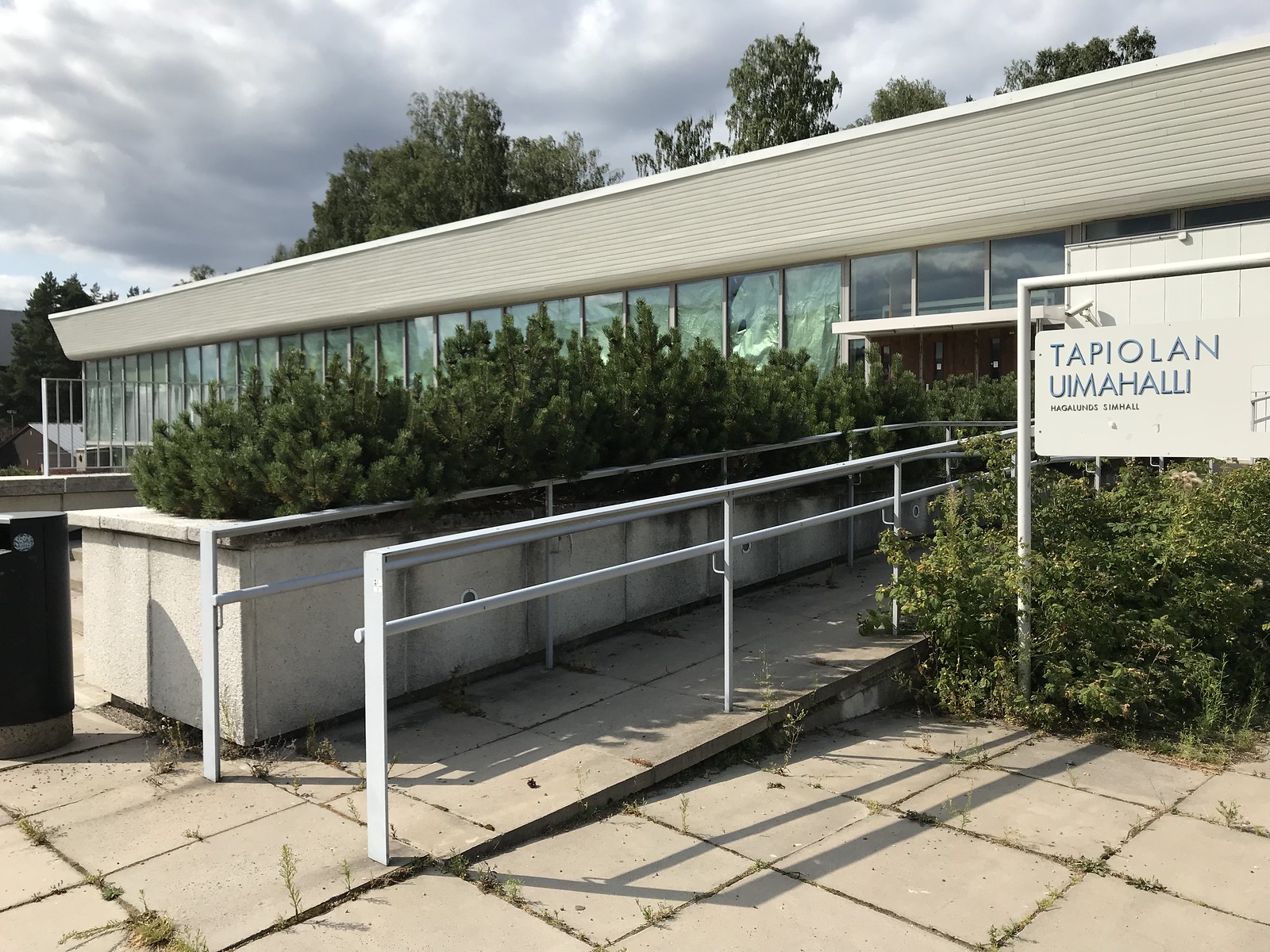 Tapiola was one of the first post-war “new town” projects in Europe and its design follows the philosophy of the garden-city movement in urban planning. The centre of Tapiola consists of buildings of different functions. At the heart of the centre is a large artificial lake surrounded by a cultural centre, a tower, a church, a hotel and swimming hall. As such, the Tapiola Swimming Hall, designed by the architect Aarne Ervi and completed in 1965, is symbolic of European ideals of urban planning in post-war Europe.

The nominator of the site, Europa Nostra Finland, calls for the restoration of the building, which would in turn guarantee the integrity of the city’s urban character.