Schloss Divitz is a historic moated castle in the German federal state of Mecklenburg-Vorpommern, near the Baltic Sea. The site consists of the main building, auxiliary constructions, a landscaped garden and additional gardens. The oldest surviving parts of the mansion date from the 15th century while its present appearance is the product of several renovations, from 1785 until the mid‐19th century. The Castle in Divitz possesses all the attributes of a nationally important monument justifying immediate measures towards its protection, rehabilitation and future use, according to a concept study commissioned by the Federal Government Commissioner for Culture and the Media (BKM) from 2009. 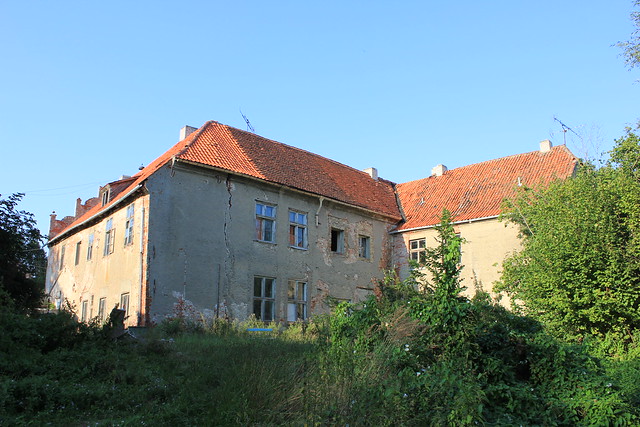 After many years of total neglect, the estate is in a poor state of conservation. The substructure and the load bearing elements of the main building have suffered considerable damage but, on the whole, they are repairable using traditional methods of craftsmanship. The timber work, however, has suffered serious biotic damage, the reversal of which will demand significant effort. Nevertheless, the recovery of the structure is feasible. As for the principal garden, a representative example of 19th century landscape gardening covering 12 hectares, a great number of measures will have to be taken to recreate the high‐quality park layout.

Förderverein Kulturgüter Wasserburg Divitz purchased the site in May 2015, thus ending over ten years of dispute about its ownership. The owner, the heritage community and the public authorities are strongly committed to rescuing the estate, which has the potential to become a tourist attraction that would boost the region’s economy.

The concept study proposes the restoration of Schloss Divitz and its conversion to an “excursion castle” with a museum, a hotel or holiday apartments, a restaurant and a summer theatre. The main challenges to be met are the finance of the rehabilitation and the close cooperation between the state government, the federal state and the district council which would be required.

Europa Nostra Deutschland nominated the site for ‘The 7 Most Endangered’ programme 2016.