This vast Baroque castle is in an extensive state of deterioration. Intensive mining activity in the direct vicinity of the castle has further aggravated structural issues over the mine’s 100 years of activity and has seriously altered the castle’s natural setting.

Formerly a seat of the Lobkowicz family, Castle Jezeří was an important cultural and social centre in the 18th and 19th centuries. Many acclaimed figures were hosted there and it was the scene of the first private performance of Ludwig van Beethoven’s 3rd Symphony in 1804. In more recent times, the castle suffered the effects of total neglect leading to the advanced decay it faces today. 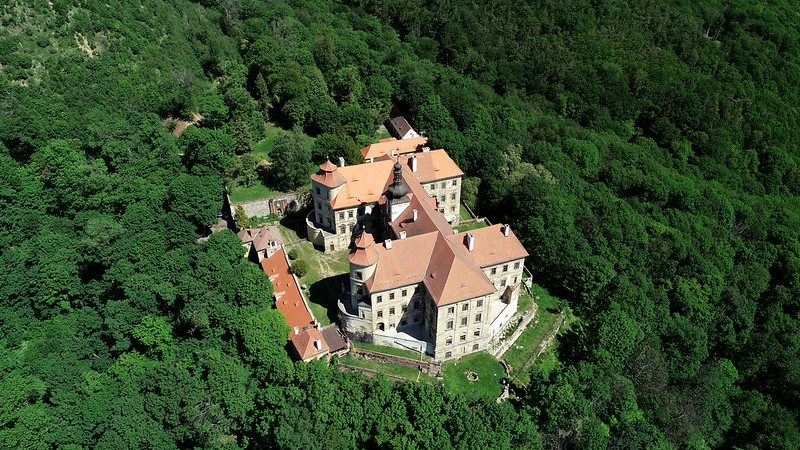 The castle serves as one of the few surviving mementos of the natural landscape and many historic structures which were lost to the mining activity. The closest historical city centre to the castle, for example, was completely erased and the castle itself had almost suffered a similar fate.

The sheer size of the building means that a long-term and costly project is needed to revitalise it. The nomination of the castle was made by the Czech Association of Castle and Manor House Owners and is supported by its owner, the National Heritage Institute. The Institute also contributed to the widespread awareness of the endangered state of the castle in Czech local and national media, including a recent reportage entirely dedicated to the Castle Jezeří.