Castle Rijswijk is a 14th century manor house with an early-20th century farmhouse attached to it. Located near the village of Groessen in the province of Gelderland, it was used initially as a defensive structure. Although significantly altered in the 19th century, the castle retains some of its original elements, such as the thick walls, the remains of the tower, the arched basement and the stairs. It was classified as a National Monument in 1966.

The conservation state of the castle has deteriorated considerably over recent years. Both the exterior and the interior are in need of immediate intervention. 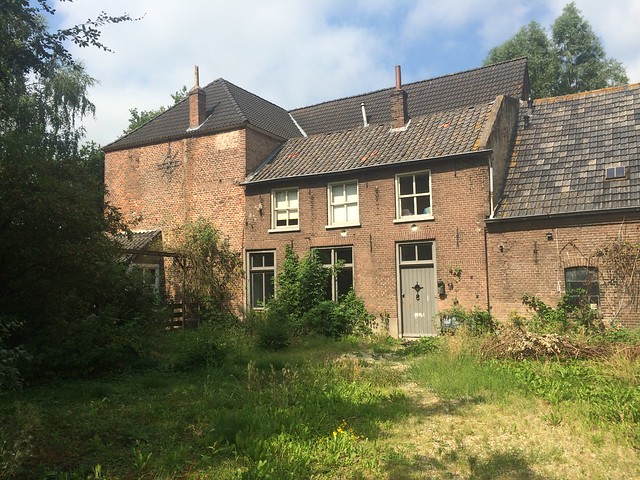 In 2012, the Dutch Government announced a plan to build a new highway – linking Rotterdam to the industrial region of Ruhr in Germany – which will cut across and, therefore, destroy the Castle Rijswijk site. Since then, Bond Heemschut, the leading and oldest Heritage Protection Association in the Netherlands, has developed a campaign to raise awareness among the public and mobilised the local community and stakeholders at various levels to rescue the site, calling for the Government’s plan to be changed. Castle Rijswijk is currently under the ownership of the Dutch Ministry of Infrastructure and the Environment (Rijkswaterstaat).

Bond Heemschut and the Dutch Castles Foundation (NKS – Kenniscentrum voor kasteel en buitenplaats), which jointly made the nomination for ‘The 7 Most Endangered’ programme 2016, strongly advocate an alteration of the trajectory of the highway, so that Castle Rijswijk can be preserved, rehabilitated and given a new function compatible with the highway. The manor house could offer leisure facilities and/or host a small museum. Other possible uses are being investigated by a team of volunteers, including schoolchildren in Secondary Level education (Gymnasium and Lyceum).