This is the most important hexagonal fortress in Europe, according to UNESCO, on whose Tentative List it has been inscribed since 2006. Spreading over 74 hectares, the Citadel of Alessandria is a perfect example of a modern-type fortress. Built between 1732 and 1808, it was the setting of several key moments in the history of both Italy and Europe. During Napoleonic times, it was one of the most important fortresses of the Empire; during the Italian Unification, it was a symbol of the revolutionary movements in favour of the Constitution. 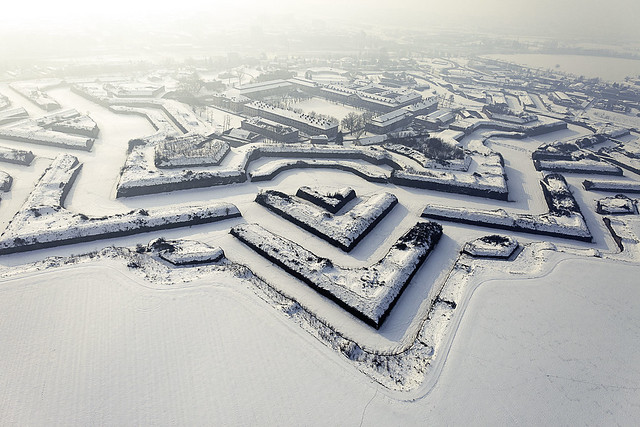 The slow degradation of the monument started in 2007, when its military use ended. The most imminent threat is the proliferation of a very invasive weed, the roots of which are seriously undermining the walls. The ailanthus has already affected a 7.2-hectare area. Its eradication requires specific skills and an incisive plan, and is estimated to be a costly and prolonged process. Major restoration works are also needed.

The local community and authorities are strongly engaged in making the Citadel viable but they need widespread (inter)national know-how and financial help. The site, which is under the ownership of the Agenzia del Demanio, was nominated for ‘The 7 Most Endangered’ by FAI – Fondo Ambiente Italiano.