The Domain and Royal Museum of Mariemont is an important European “lieu de mémoire” boasting a rich history which dates back to the mid-16th century. Located about 50km south of Brussels, this beautiful 45-hectare domain is both a green oasis and a space for world cultures near the urban centres of Wallonia, the French speaking southern region of Belgium. However, close to one third of the domain around the ruins of its historical origins has been cordoned off because of safety concerns. 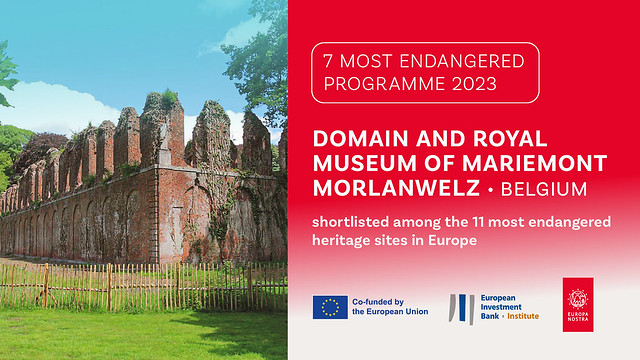 Classified as an exceptional heritage site of Wallonia in 2003, Mariemont has two levels of heritage importance: the domain itself, related to the major events, cultural trends and personalities of European history of the last 500 years; and the museum collections of world heritage artefacts, initiated by a visionary philanthropist connected to the European industrial revolution. 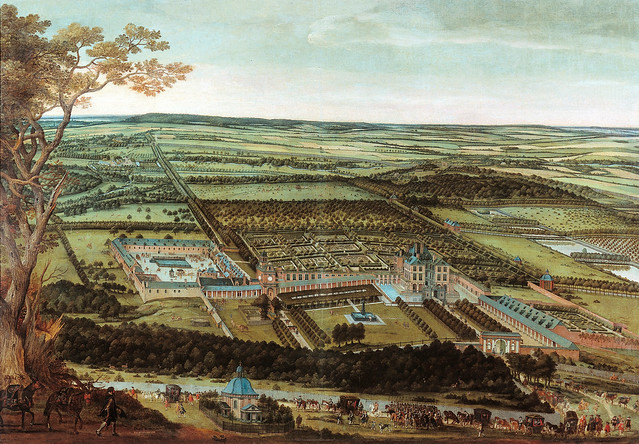 The site began as a hunting estate established in 1546 for the sister of Emperor Charles V, Mary of Hungary (hence its name), and served during almost 250 years as the country residence for the successive governors of the Habsburg Netherlands, including the Archdukes Albert and Isabella. In 1754, Prince Charles of Lorraine built a modern Neoclassical palace upon the foundations of the original castles; a few decades later, however, this new palace was destroyed during the French revolution. Soon afterwards, the abandoned estate was sold to the industrialist Nicolas Warocqué, whose family over the course of several generations developed a prosperous coal business. They had prominent architects build a new “chateau” surrounded by an English-style landscape park.

The family’s last heir, Raoul Warocqué, amassed one of the most important collections of art and antiquities in Belgium. Per his will, the domain and ruins, the “chateau” and collections were bequeathed to the Belgian State and opened to the public in 1920. Mariemont turned into an important conservation, research and exhibition centre in the mid-1930s and was finally recognised as an official public museum in 1939. At the end of the 1960s, a new modern museum was built to replace the Warocqué “chateau” which had been destroyed in an accidental fire. In 1991, ownership of the Domain and Royal Museum of Mariemont was transferred from the Federal State to the Wallonia-Brussels Federation as its official museum and research establishment.

The ruins of the 18th-century palace were part of the park’s open-air museum and backdrop to various archaeological collections. Over the last decades, however, the ruins have been threatened by overgrown vegetation and weakened by incomplete devegetation treatments. They are now in imminent danger of collapse, and safety risks necessitated the cordoning of the entire area, the suspension of maintenance rounds and of archaeological research on the palace foundations and the traces of the older castles. Today, this area remains inaccessible to researchers and visitors alike.

The Advisory Panel of the 7 Most Endangered Programme noted “the extraordinary heritage value and public appreciation of the Domain and Royal Museum of Mariemont. We urge the acceleration of administrative and institutional collaboration to focus attention and allocate funding to stabilise the palace ruins and to restore general access to them and their surroundings.”

The Royal Museum of Mariemont nominated the site to the 7 Most Endangered Programme 2023. With the support of the Wallonia-Brussels Federation, the Walloon Region government and the museum’s vast network of private and academic partners, the museum management considers the preservation of the Mariemont heritage site as a driver for cultural, economic and social development. A plan to stabilise the ruins and create an open archaeological garden has been defined as well as academic and technical collaborations for research and the promotion of the extraordinary landscape and rich history of Mariemont.