Having now stood vacant for almost 40 years, Glasgow’s Egyptian Halls, a masterpiece of the architect Alexander Thomson, is increasingly confronted with the danger of being completely lost.

Completed in 1872, the building hosted public gatherings and musical performances, and was home to over 50 stalls selling goods from around the world. The five-story building was built in a Classical style with an unusual combination of Greek, Egyptian and Assyrian detailing. 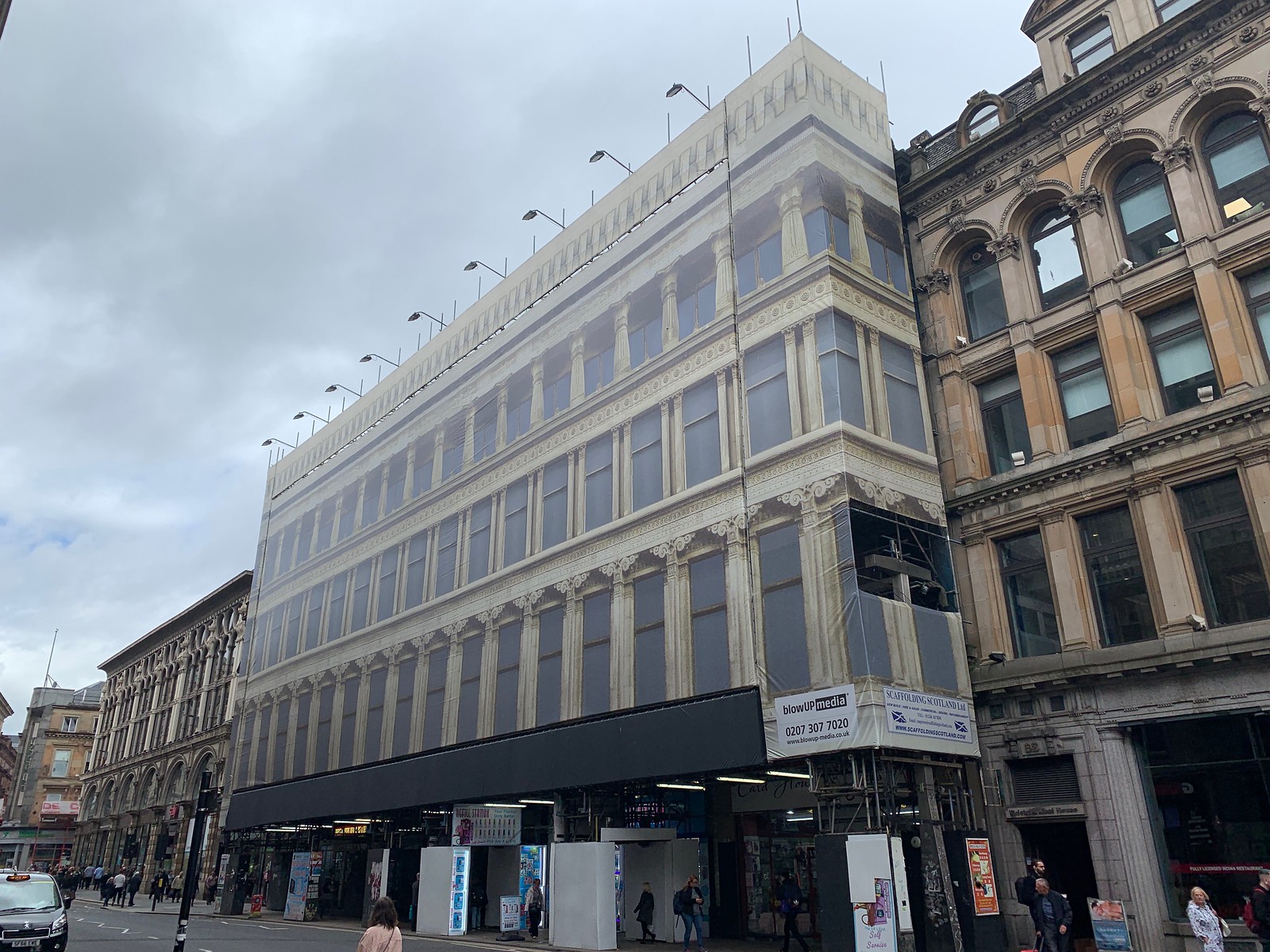 The ground floor units have been used consistently as shops while the upper floors have gone through numerous changes and neglect in recent years. Water penetration, poor alterations and an inappropriate use of materials have combined to advance the building’s deterioration. Though the majority of the interior design has been lost, the building’s principal facade remains almost intact.

Planning permission has been granted on several occasions to convert the building into a hotel, but these have stalled due to a lack of available public funding to support a commercial development.

The Society for the Protection of Ancient Buildings nominated the site with the support of the Alexander Thomson Society, who support research into finding a realistic alternative use for the building.