The formerly Royal Estate of Tatoi, which covers a protected area of 4.200 hectares, combines natural beauty with great historical and architectural interest. It was the creation of King George I (1845-1913), who reigned from 1864 and bought the estate in 1872. Under him and his successor the Estate bustled alike with activity and with eminent visitors but was also economically viable through the cultivation of a vineyard, the creation of a dairy farm and the operation of a small hotel. 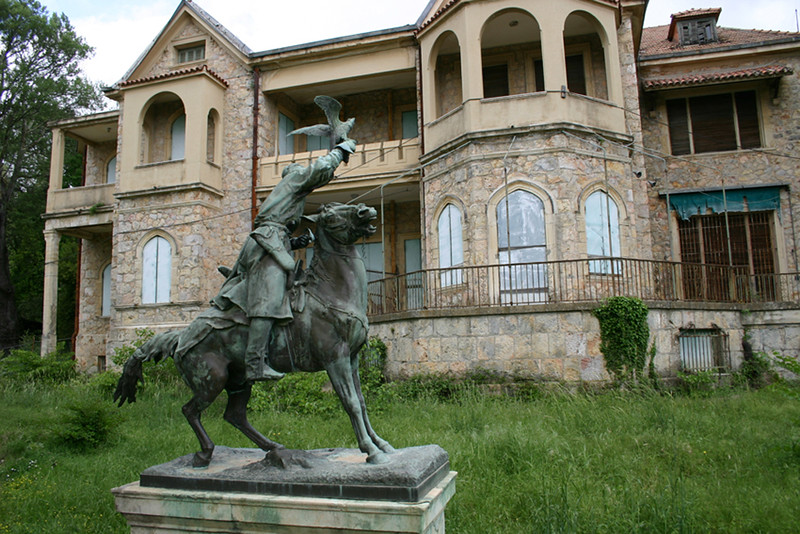 The Estate’s rapid decline began under the Junta (1967-1974). Tatoi became the property of the Greek state in 2003 and was listed in the same year, on the application of Elliniki Etairia to the Central Committee for Contemporary Culture. In parallel a two volume history and description was written by Dr. Kostas Stamatopoulos. Recently considerable conservation work has been undertaken. The overall condition, however, falls far short of what is required if the Estate it to contribute what it can to historical memory, to the pleasure of the many Athenians who flock there at weekends and to both the national and the local economy. Meanwhile new dangers have appeared as a result of the economic crisis in Greece.

Elliniki Etairia presented an outline plan for the management of the estate in 2005. It has now been nominated for ‘The 7 Most Endangered’ with the Tatoi Friends’ Association as partners. The nominator argues the necessity both of retaining government ownership and of creating a new, centralized and effective, management structure that will support ongoing high standards of conservation while reestablishing traditional economic activity and increasing revenues from tourist visits. Thus Tatoi will once again become economically viable, avoiding the greatest danger of all, namely the destruction of the Estate’s integrity, due to the economic crisis, and displaying to visitors both its natural beauty (as part of a National Park and Natura 2000 area) and its historical and architectural significance.