The remains of this monastic complex consist of a remarkable collection of medieval buildings, dating from the 10th to the 13th centuries, in the cultural landscape of the village of Dsegh, birthplace and setting of the writings of Hovhannes Tumanyan, considered by many to be Armenia’s national poet. 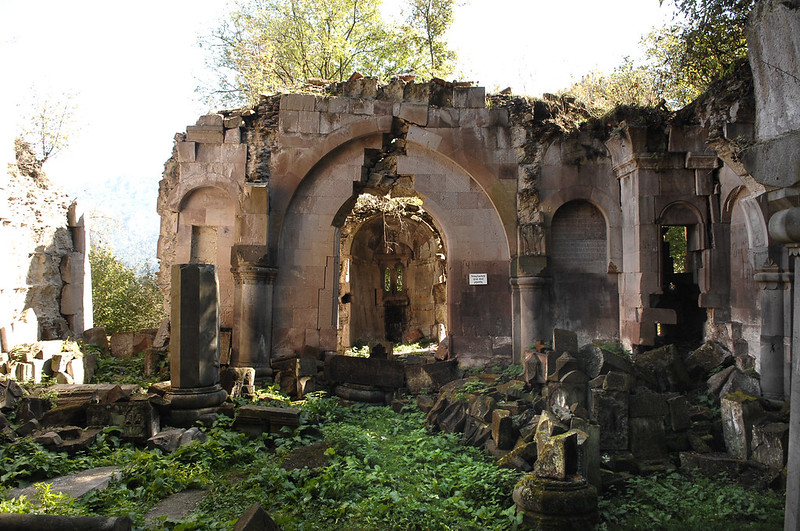 Deep in a verdant gorge, the remains of the monastery, dedicated to the first official head of the Armenian Church, include the Church of St. Gregory (10th century), the three-nave basilica of Sourb Astvatsatsin (1221), its narthex with delicately carved reliefs (1247), the Chapel of Sourb Harutiun (1234) and the Mamikonians’ cemetery. These ruins are in a deeply vulnerable state, not only from the encroaching jungle, but also from destructive looting.

It is proposed that the undergrowth that is causing movement in the structures be removed, and preliminary conservation measures be taken as a matter of urgency to stabilise the ruins, alongside an effective drainage system and excavation where necessary. The longer term vision is to see the establishment of Dsegh as a centre for tourism within the area, using the cultural landscape and the ruins of monastery of Bardzrakash St. Gregory as a means of boosting the local economy.

The Ministry of Culture of the Republic of Armenia nominated the monument for ‘The 7 Most Endangered’ 2014.