El Cabanyal-Canyamelar is a residential area near the seaport of Valencia, Spain. On these old streets, running parallel to the sea, we encounter a traditional and vibrant working-class Spanish community. The municipality of Valencia is intending to build a road to the seaport whereby large areas of this district would disappear. The local community has for years tried to stop the infrastructural plans of the city. Although the individual buildings are not of a particular architectural interest, it is the social fabric of the neighbourhood which lies at the heart of this nomination. 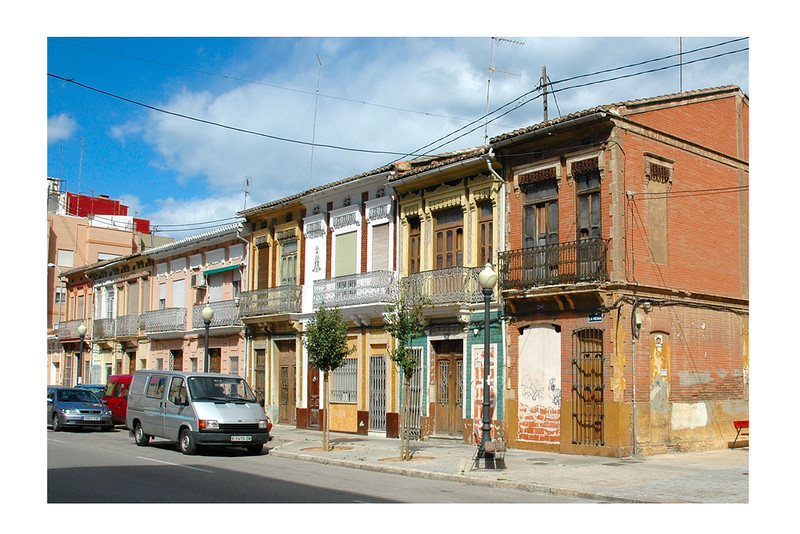 With its closeness to the city, the harbour and the state university campus, there are opportunities to regenerate the area and so enhance the economic and social potential of this seafront district. As the discussions have been ongoing for 15 years, the uncertainty had brought the district into a negative spiral; buildings have deteriorated and some have been abandoned. It has attracted people who live on the margins of society, adding to a feeling of insecurity, degradation and real estate speculation. The ongoing dispute has also hindered the maintenance, conservation and renovation works of buildings by residents, local industry and business owners.

The Fundación Diego de Sagredo, which has nominated this neighbourhood for ‘The 7 Most Endangered’ programme envisions an evolutionary approach to make the area attractive for the inhabitants as well as for visitors. As the polarisation between the different stakeholders has only increased over the years, its inclusion on the shortlist for ‘The 7 Most Endangered’ may help to create new momentum.