Nestled between a deep mountain gorge and the river Cema in southwest Romania, the Neptune Baths building forms part of the thermal town of Băile Herculane, one of the oldest spa resorts in Europe. The first documented records of Băile Herculane date back to 153 AD. Since then, the site has been under Roman, Hungarian, Ottoman and Austro-Hungarian reign.

The current structure of the Neptune Baths was constructed between 1883 and 1886, according to the plans of the architect Alpár Ignat, as part of the Casino Ensemble, which was designed by the Austrian architect Wilhelm von Doderer. Situated on a narrow plot, the Neptune Baths have a total surface area of almost 4000 sqm, housing 63 individual bathing or massage rooms and four communal pools. 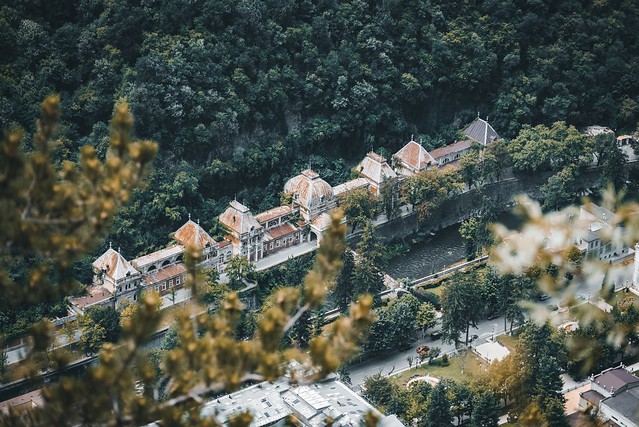 Designed in an eclectic style, the Neptune Baths building has a large facade treated in exposed brick, partially finished with plaster and enriched with ornaments. At the time of the building’s construction, it was the most modern spa in Europe. Its medical treatment centre boasted renowned doctors as well as visits from eminent personalities of the time who came to enjoy the cultural and leisure activities on offer. Among the most notable guests were members of the royal Habsburg family, including the Empress Elisabeth of Austria – known as Sissi – and the Emperor Franz Josef.

After the fall of communism in Romania in 1989, the historic resort of Băile Herculane, including the outstanding Neptune Baths, was abandoned and fell into decay with the damage accelerating from 2004 onwards. Despite being declared as a Class A monument in 1980, the Neptune Baths have suffered continuous further degradation, due to water infiltrations and poor interventions. Due to a lack of funding and legal issues, two structural walls and a roof collapsed in 2019. A series of temporary interventions were then executed under the coordination of a team of volunteers with the support of civil society. However, the building continues to degrade at a fast pace. In December 2021, one structural wall from the upper floor collapsed due to water infiltrations, which emphasises the bad state of repair of the building. 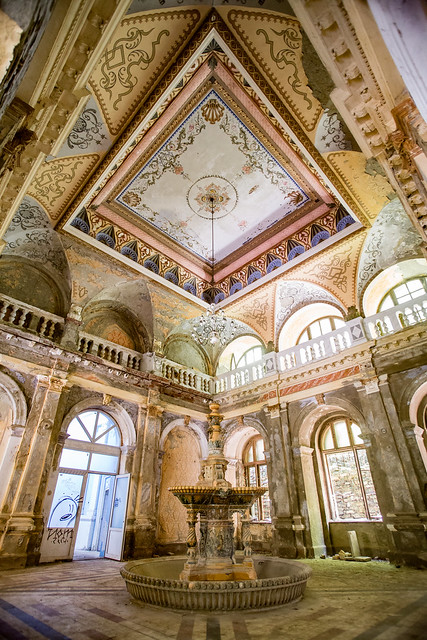 The nomination of the Neptune Baths to the 7 Most Endangered Programme 2022 was made by the Locus Association, a Romanian NGO based in Timişoara. The Locus Association was created in 2017 by volunteer architecture professionals and young graduates with the ambitious aim of saving the historic thermal spa complex under the platform called “HerculaneProject”.

As a short-term strategy, the Locus Association proposes a series of roundtables with stakeholders and potential donors for a restoration project and the finalisation of the emergency intervention works. In the longer term, it proposes that the Neptune Baths keep their current function as a medical spa, but with added functions of wellness, commercial and social functions in an integrated system. The continuation of a public-private partnership between the local administration and the NGO, which would become a project manager of a wider group of stakeholders with clear objectives, is also recommended.