The churches in Voskopoja and Vithkuqi in southeastern Albania are a group of 12 churches built during the 17th and 18th centuries. They are the most authentic evidence of the extraordinary economic development of these two Christian centers during the Ottoman rule in the Balkans. Some of these churches, large in size, represent a new architectural and unique form of domed basilicas. They are the most representative monuments of 17th-18th century ecclesiastical art in the Balkans and are masterpieces of the post-Byzantine style.

The churches’ isolated location makes their conservation a challenge. The surrounding Christian population has greatly declined and a subsequent lack of clergy has resulted in the majority of the churches remaining unused for most of the year. The churches, owned by The Holy Metropolis Church of Korça, Voskopoja and Vithkuqi, and under the responsibility of the Institute of Cultural Monuments, are now mostly visited by professionals and curious tourists. 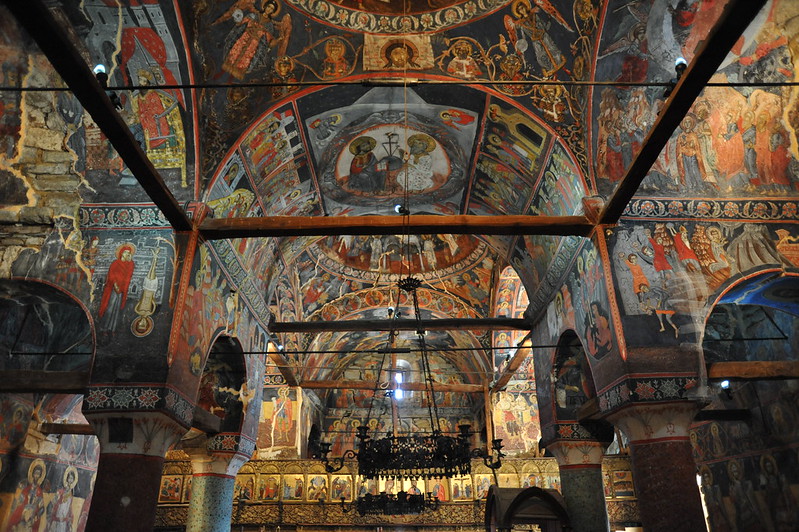 War, plundering and natural disasters have seriously damaged these structures. Near the end of the 18th-century, the surrounding villages were attacked and suffered extensive damage. In the First and Second World Wars, several of the churches experienced damage. The monasteries of St. John the Forerunner in Voskopoja and the Apostles Peter and Paul in Vithkuqi were bombed, whilst the churches of St. Nichola and the Dormition of the Virgin in Voskopoja were burned. Earthquakes in 1903, 1930 and 1960 have seriously affected the churches with cracks and missing stones undermining their structural integrity

The nominating organisation, “The Past for the Future” Foundation, has identified several threats to these churches. Water damage and humidity pose a serious threat to the interior wall paintings, especially in those churches which are still missing roofs or windows. The colouration of some of these frescoes has been washed away by direct contact with rain and sunlight. Many of the mural paintings in the ‘fresco’ technique are detached from the walls and are ready to fall down. The theft of artefacts is an enduring problem as none of the churches are secured with cameras or alarms.

The listed Church of Saint George in Shipcka, Voskopoja, was a winner of the Europa Nostra Award in 2011 for its outstanding, holistic conservation which received great support from the local community. The church now faces the threat of theft, due to a complete absence of security features, and highlights the urgency with which these remarkable churches need to be protected.