The church of St. Paul and Peter is a single-nave structure of the 5th century which was changed into a domed hall in the first quarter of the 6th century. It is the oldest example of this type in Armenia and one of the first in religious architecture in general. The church was repaired and extended in the 1890s, but lost its roof and southern wall in the course of the 20th century. What now stands is a partial ruin, but an important one, originally forming one part of a group of three monuments, including the church of Tookh Manuk (4-5th centuries) and the mortuary chapel of St. Vardan. 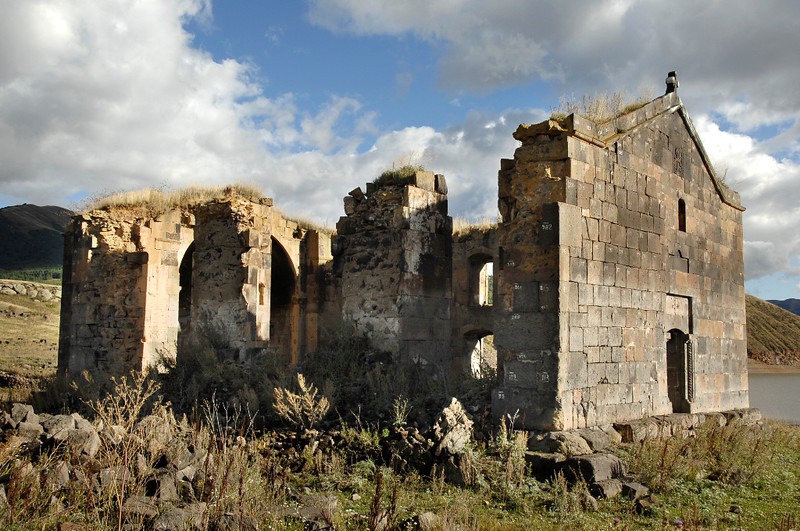 The two other monuments in the group were moved to higher ground with the flooding of the village during the construction of the Aparan reservoir in the 1960s. The church of St. Paul and Peter was carefully researched but left in situ. The waters of the reservoir rise and fall with the season, partially inundating the church. This is leading to increased instability in the remaining walls, and encourages the growth of vegetation, threatening to dislodge further stones.

The site has been nominated for ‘The 7 Most Endangered’ programme by the Ministry of Culture of the Republic of Armenia. Rescuing the remains of this important church can only be accomplished with international expertise and support. The present alarming situation calls for urgent action.