In use for over 130 years, the Achensee Railway is a steam operated railway which connects Jenbach with the Lake Achensee in Tyrol, Austria. The Achensee narrow-gauge rack-railway is an authentic example of European industrial heritage, which should be celebrated in the European Year of Rail 2021, but is at serious risk of being lost.

Other similar European railways using the same system were closed or demolished due to lack of modernisation and the aging of the technology. The Achensee Steam Cog Railway is the only public railway in the world that, since it was opened in 1889, still uses all of the equipment of a late 19th-century railway system. These elements are coal fired steam-locomotives, passenger carriages, an engine-house with sliding platform, workshop, rails, dams and bridges. The concession document for the opening of the railway was signed by the Austrian Emperor Franz Josef I. 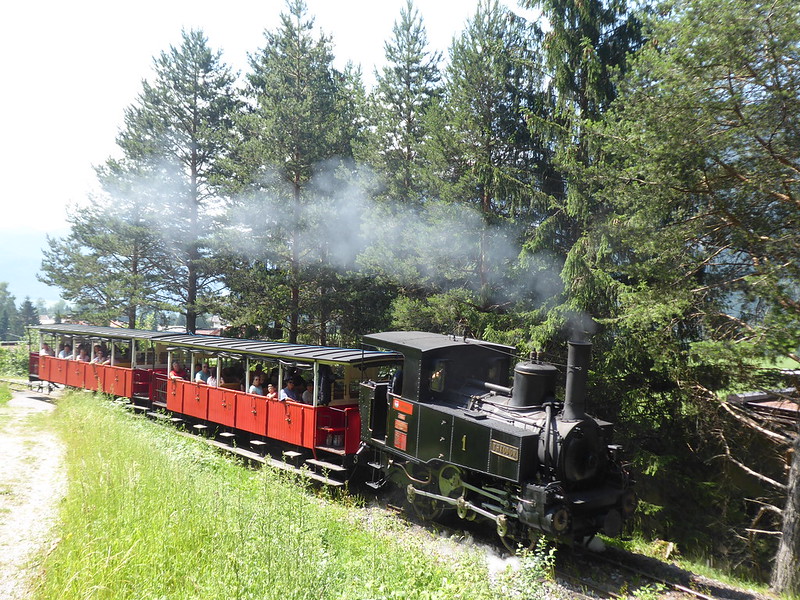 In the spring of 2020, the Achensee Railway company went bankrupt and the subsidies which were promised by the Tyrolean provincial government were never disbursed. This unique infrastructure is at risk of fast deterioration due to lack of maintenance to ensure its original and continuous function.

The International Committee for the Conservation of Industrial Heritage (TICCIH) and the International Council on Monuments and Sites (ICOMOS), among others, gave their support to the campaign to preserve the Achensee Steam Cog Railway, which engages local associations and volunteers. ICOMOS Austria, as part of ICOMOS, member of the European Heritage Alliance, nominated the Achensee Steam Cog Railway to the 7 Most Endangered Programme 2021.

The Board of Europa Nostra, on the basis of the opinion expressed by the Advisory Panel of the 7 Most Endangered Programme, commented: “In spite of painstaking maintenance over the past 131 years – keeping the complete technical ensemble in a perfect state of conservation, thus greatly contributing to its authenticity and making it one of the important tourist attractions in the Province of Tyrol – the very survival of the Achensee Steam Cog Railway is presently in danger. The much needed investments for the railway track’s maintenance, which the local government agreed to finance, did not materialise and regular train-traffic had to be stopped. We hope that possible renegotiations of the funding problems could bear fruit. The public support for saving the railway is growing, not only by the Achensee Support Association’s activities but also the enthusiastic volunteers who run the line single-handedly.”