The National Theatre of Albania, one of the most prominent cultural centres in Albania and an important social and public space in its capital Tirana, now faces the imminent threat of demolition. The Theatre, built in 1938-39, is an outstanding example of modern Italian architecture from this period and is an integral urban component of the monumental central axis of the city. The construction technique was based on the use of prefabricated panels with cemented wood fibre as part of the Autarky movement in Italy and is considered innovative for its time. 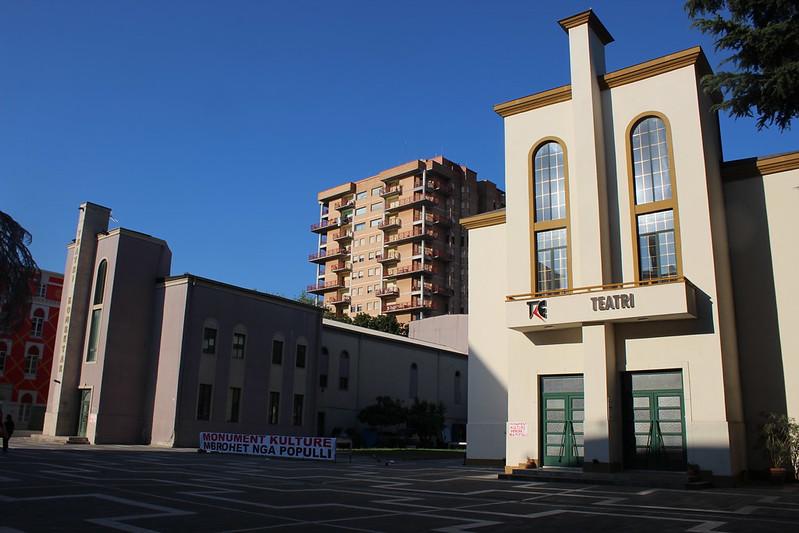 Europa Nostra has already publicly expressed its sincere concerns regarding the decision to replace the Theatre with a new contemporary building. Plans to destroy it have been met with popular protests that are held regularly in front of the Theatre and which are supported by experts who are urging the city to make full use of the Theatre’s existing potential for the cultural and social enrichment of Tirana. Despite the efforts of the Theatre’s supporters, named “Alliance for the protection of the Theatre”, local authorities are determined to demolish the building and replace it with a modern structure.

The nomination of the National Theatre by the Gjirokastra Foundation is part of this wide civil society campaign to save the building. Should the Theatre be saved and its artistic and social purposes restored, it could become a symbol for the city of Tirana as it celebrates its 100th anniversary as the country’s capital.