The Orléans-Borbón Palace was built in the mid-19th century in Neo-Moorish style, combined with Neo-Arab architectural elements and a variety of stylistic influences from all over the world, especially from Italy, France, China, Japan and Egypt. At the rear of the palace, there are extensive gardens with characteristics from 19th-century Romantic gardens that are enriched by Islamic influences. 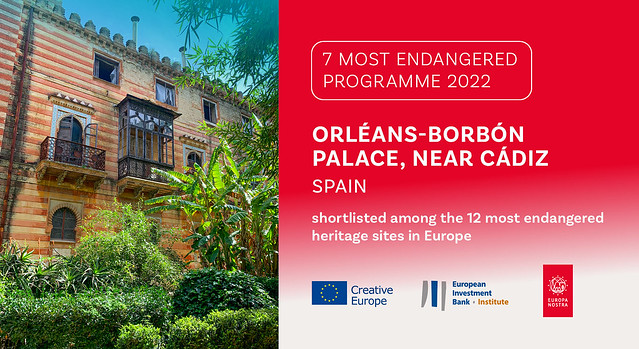 Located close to the centre of the town of Sanlucar de Barrameda, near Cádiz, the Orléans-Borbón Palace was the summer residence of the family of the Dukes of Montpensier, a noble family related to the Spanish Royal Family.

The history of this fascinating Andalucian building was linked for many years with the Montpensier family. The building was inhabited by the family until 1955, when Infante Alfonso de Orléans Borbón and his wife went into exile. During the 1970s, the building was sold twice. In 1979, the Municipality of Sanlucar de Barrameda began the process of acquiring the property with the aim of avoiding its destruction and opening it to the public. In 1982, the Orléans-Borbón Palace was declared an Asset of Cultural Interest, and in 2002 it was registered in the General Catalogue of the Historical Heritage of Andalusia. 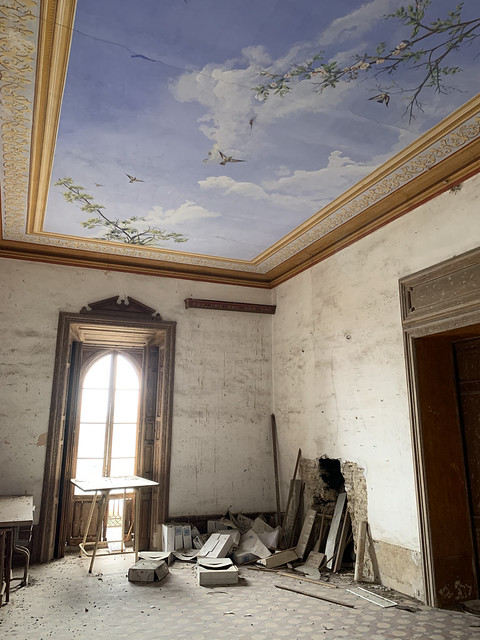 Since the 1990s, the Orléeans-Borbón Palace has hosted the Town Hall of Sanlucar de Barrameda. It also houses the deposits of the Municipal Library and the Municipal Archive. However, only part of the building is in use and the overall structure is in a neglected state. Since the last renovations in the 1990s, the owner could not ensure proper maintenance which, together with the slow administration process for the recognition of the building, resulted in the building being in urgent need of repair and restoration works. The outer walls of the buildings are at imminent risk of collapse, and extensive issues with dampness and structural cracks are also present. There is currently no investment strategy nor defined rehabilitation project for the palace. 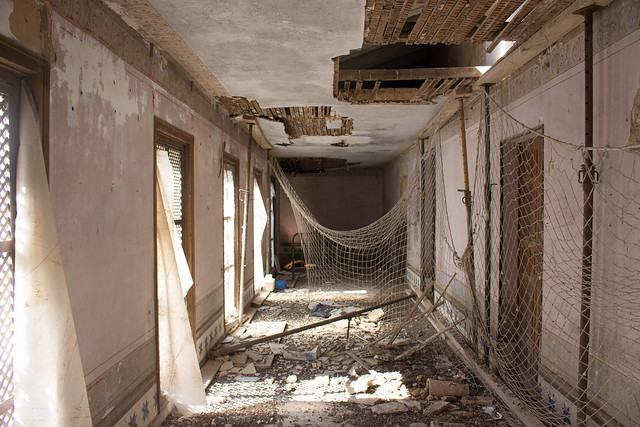 The nomination of the Orléans-Borbón Palace to the 7 Most Endangered Programme 2022 was made by Hispania Nostra, Europa Nostra’s country representation in Spain, which also included the Palace in its Red List for endangered heritage.

The Advisory Panel of the 7 Most Endangered Programme commented: “A proper rehabilitation of the Orléans-Borbón Palace would enhance not only the building, its gardens and its interesting architecture and history, but also make it accessible to locals and visitors. Therefore, the rehabilitation of the Orléans-Borbón Palace could serve as a perfect catalyst for the sustainable socio-economic development of the area.”