Built between 1876 and 1929, Mirogoj is a fine example of European Neoclassical architecture. This multiconfessional cemetery complex located in Zagreb, Croatia, was designed by the German architect Herman Bollé. It presents elements of both dominant types of 19th century cemeteries, the so-called Campo Santo type and the park type.

The Historic Cemetery Complex of Mirogoj is composed of a central open space surrounded by arcades that are influenced in style by Italian and Central European cemeteries. One of the special features of Mirogoj is the harmonious relationship between the pavilions, the domes and arcades.

Numerous Croatian dignitaries – artists, writers, musicians, scientists, sports personalities, politicians and other historical figures – have been buried in Mirogoj, and this contributes to the site’s important cultural and emotional significance as the national Pantheon. It is part of the European Cemeteries Route and the Association of Significant Cemeteries of Europe.

In March and December 2020, the city of Zagreb was hit by two major earthquakes, which caused severe damage to the site. Apart from structural damages and cracks, the arcades, the pavilions, the Church of Christ the King and many tombstones and sculptures have also been heavily damaged. 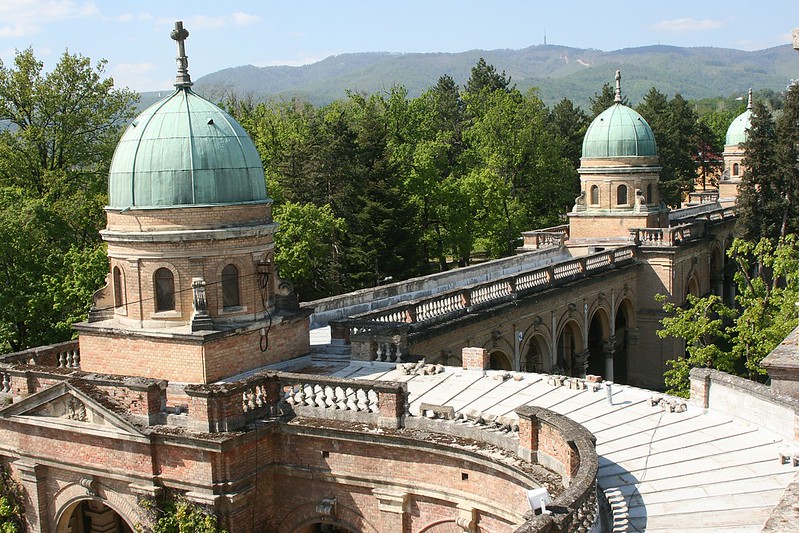 The Board of Europa Nostra, on the basis of the opinion expressed by the Advisory Panel of the 7 Most Endangered Programme, noted: “This cemetery complex is a fine example of European Neoclassical architecture by the German architect Herman Bollé, who was inspired by Italian, Viennese and Prague counterparts. Besides its architectural and aesthetic values, the cemetery has important historical, social and emotional significance as the first multiconfessional public cemetery in Zagreb and as the resting place of numerous historical figures. The Ministry of Culture and Media of Croatia has taken the first crucial steps to protect the site, but international solidarity is greatly needed to rehabilitate the Cemetery Complex of Mirogoj”.