Stolberg is a medieval town in North Rhine-Westphalia in the western part of Germany. Throughout history, Stolberg was an innovative hotspot in the metallurgical field, thanks to the wealth of its natural resources and the hydroelectric power of the nearby Vicht river. In the wake of the flourishing copper-based industry, demonstrated by the Copper Courtyards built by the wealthy local Masters, other industries soon followed in the same area, making Stolberg a very important place for Europe’s industrial heritage. The appearance of the historic centre is predominantly determined by the local limestone and Stolberg’s main shopping street is one of the few classic German high streets which survived World War II largely intact.

In mid-July 2021, the historic centre of Stolberg was unexpectedly turned into a flood zone and hundreds of buildings were severely damaged by the high and forceful waters of the Vicht river, following extreme weather conditions that left a path of destruction throughout many villages in Germany and the Benelux and resulted in the tragic loss of life. Some 266 listed buildings – out of a total of 752 buildings – were affected by the disaster, including the old town hall, all houses along the Steinweg and and all copper courtyards. There is broad consensus in the scientific community that the destructive force of these floods was at the very least reinforced by climate change – and that more such floods should be expected in the future.

Like many historic European industrial towns, Stolberg has faced challenges in dealing with modernisation and in responding and adapting to transition. The catastrophic floods that affected the historic centre made the need to respond to these challenges even more urgent and provided Stolberg with an opportunity to “build back better” and to turn the city into an exemplary case in the future. 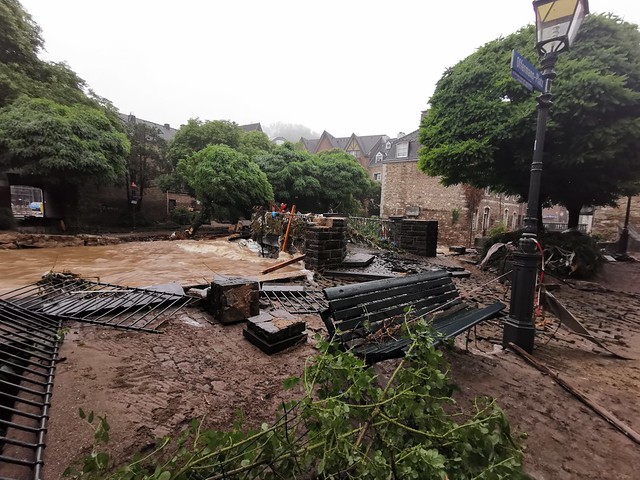 The Advisory Panel of the 7 Most Endangered stated: “The scale and the extremely interesting position of Stolberg in relation to a river present an interesting research opportunity for methods of protecting monuments from the ever-increasing dangers caused by climate change and the demands of urban habitation in modern times”.

The Advisory Panel emphasised that “a future-proofed, sustainable reconstruction plan – with a European perspective – is needed” and that “Stolberg has quite the potential to use its heritage and historical environment to build a better and more inclusive future, and can even act as a European incubator for sustainable recovery”. 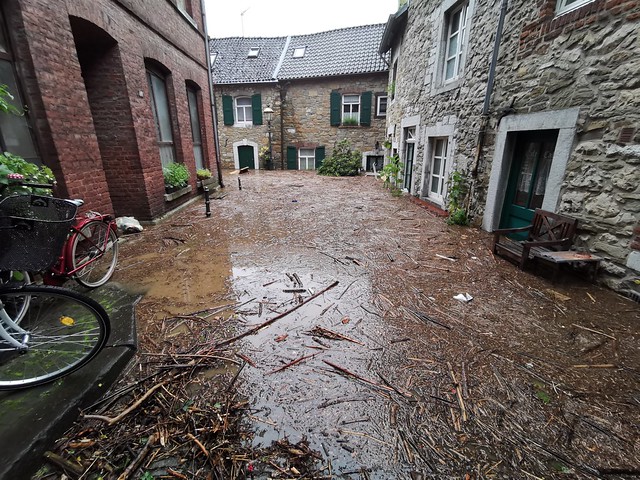 In the plans for the reconstruction of Stolberg’s centre, the spotlight would need to be put on the city’s resilience and on how to better resist further climate change induced threats in a responsive and effective way in the future.

The nomination of the Historic Centre of Stolberg to the 7 Most Endangered Programme was made by an individual member of Europa Nostra with the endorsement of a large number of German and European organisations, bodies and individuals concerned for the future of the town.

Since the selection of the Historic Centre of Stolberg as one of the most endangered heritage sites in Europe for 2022, the nominator has continued an active campaign in favour of the site, including the organisation of a visit to Stolberg, which included the participation of prominent political figures, such as the German Bundestag Member Catarina dos Santos Firnhaber, MEP Sabine Verheyen, and Europa Nostra’s Executive President Guy Clausse.