The Sanguszko Palace was built in the second half of the 18th century for a noble Polish-Lithuanian family, near the city of Izjaslav in the province of Khmelnytskyi, located in present-day Ukraine. The majestic building was designed by the Polish architect Jakub Fontana. 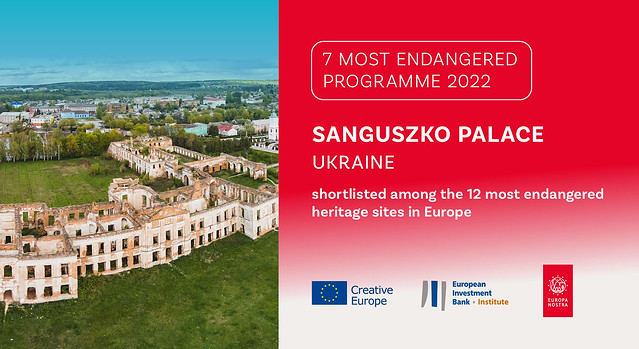 The palace was converted into a barracks for military troops by the Russian Imperial Army at the end of the 19th century, and was later used by the Soviet Army from the 1920s onwards. In 1944, as a result of artillery shelling by the Soviet Army and the consequent fire, the building was significantly damaged.

In 1963 the Sanguszko Palace was listed under state protection but, despite the recognised status, the degradation of the building relentlessly continued, mainly due to lack of funds and maintenance works. Not even the inscription of the palace in 1999 in the Ukrainian State Register of National Cultural Heritage helped improve the fate of the Sanguszko Palace. What is left of the remaining structures of the palace is now heavily threatened, due to exposure to weather elements, vandalism and the overgrowth of the surrounding park. 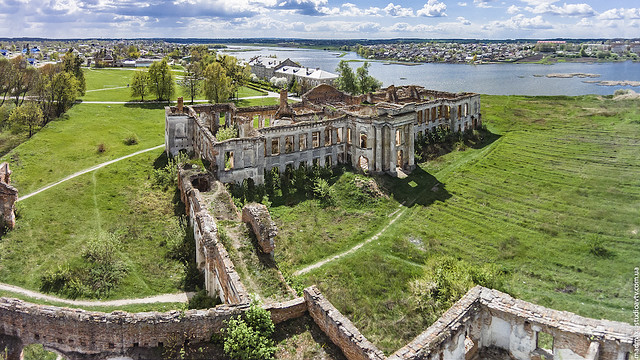 In 2021, the ownership of the palace was transferred from the Ukrainian State to the local community. Much work needs to be done and experts’ assistance is required to define a detailed plan for the conservation and interpretation of the site and its sustainable future use. 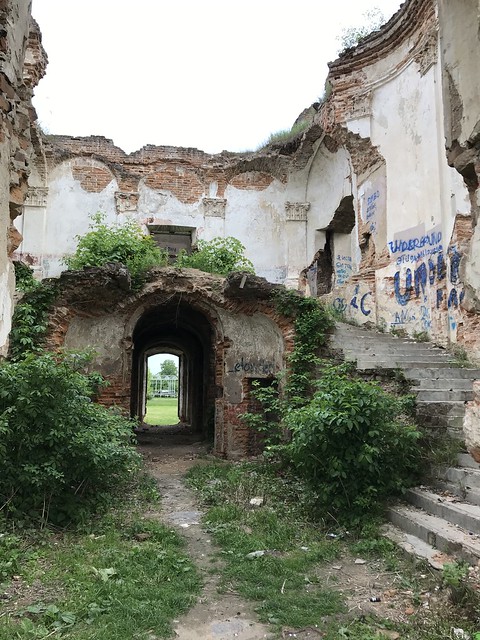 The nomination of the Sanguszko Palace to the 7 Most Endangered Programme 2022 was submitted by an individual member of Europa Nostra.

The Advisory Panel of the 7 Most Endangered Programme commented: “The Sanguszko Palace is a remarkable testimony to numerous socio-political changes, not only in Ukraine, but in the whole of Eastern Europe. Conservation of the remaining structures and proper interpretation for visitors could turn this dilapidated site into an important educational and tourism centre”.