Dating from the 5th to the 3rd centuries BC, this is the largest and most prominent monument of the ancient Thracian culture in the region of Malko Tarnovo. Located in the heart of Bulgaria’s biggest natural park, close to the border with Turkey, the sanctuary can only be reached by a forest path. 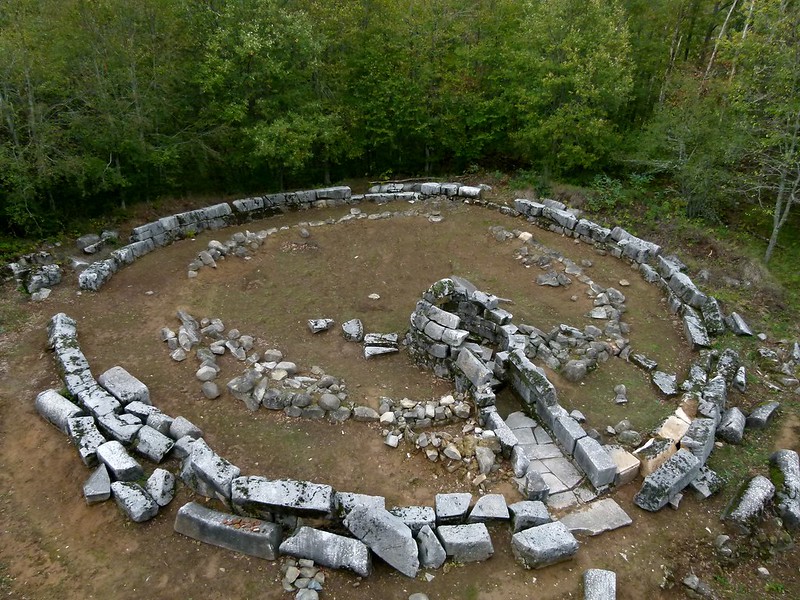 The monument is part of a large historic and archaeological complex, which comprises a fortress, ancient mines, a fortified Roman villa and a necropolis. In addition to the tomb (which was only discovered in 1981), the round chamber and the vaulted dromos, the 25-metre peripheral ring is the sanctuary’s most impressive architectural element. It is constructed of well-carved marble blocks joined by metal brackets.

This sacred place is threatened by the weather and the surrounding flora. National and European technical and financial assistance are required to preserve the site and transform it into an educational and tourist attraction.

The Historical Museum Alexander Fol in Malko Tarnovo nominated the site for ‘The 7 Most Endangered’ 2014.