The Valflores Palace is a fine example of 16th century residential architecture in Portugal and a rare case of such a building with Renaissance style characteristics. Integrated in a 4.5-hectare estate, the palace is prominently located in Santa Iria de Azoia, close to the Tagus estuary and hence still within the metropolitan area of Lisbon. It was built between 1532 and 1558 by order of Jorge de Barros, the head of the Portuguese trading post in Flanders, a cultivated man well acquainted with architectural models in Europe and notably in Italy by that time. 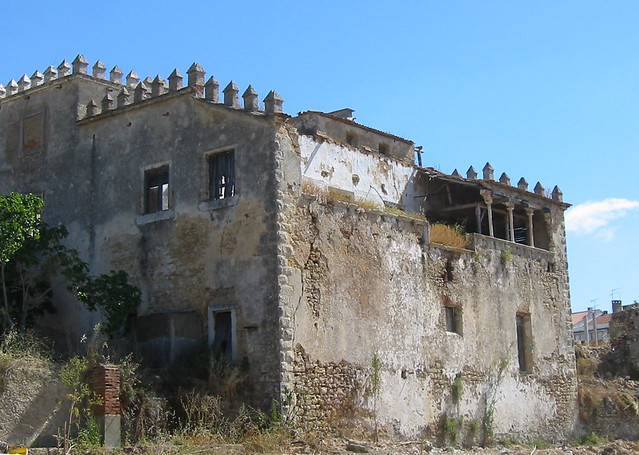 Despite its classification as a Property of Public Interest, the palace is today in a pitiful state and at risk of collapsing. The roof has already had to be temporarily replaced by a metal protective structure. Most of the ten arches and Tuscan columns of the loggia in the south facade have collapsed and there are serious cracks in the vaults of the ground floor. The aqueduct pertaining to the estate also needs urgent repair.

Priority intervention must focus on the stabilisation and consolidation of the building in order to stop its deterioration. The Palace is a landmark building in the area and its owner, the Loures Municipality, proposes to create a cultural centre, housing a school of arts and crafts and a small museum. The intention of such a cultural facility would be to foster sociocultural cohesion and re-establish the palace within the region’s urban development. The historic garden and the aqueduct would also be rehabilitated so that Valflores could again become what its name stands for: a Valley of Flowers!

The Centro Nacional de Cultura made the nomination for ‘The 7 Most Endangered’ programme 2016.