Built in 1750, the Town Hall of Buchach, a small town in the west of Ukraine, is a landmark of the late Baroque period. The building is known for its architectural significance, but also for the remarkable stone sculptural compositions that characterised its exteriors. It was designed by the German architect Bernard Meretyn and was decorated by the famous Baroque-Rococo sculptor Johann Georg Pinsel, who lived and worked in Eastern Galicia (in present-day Ukraine). 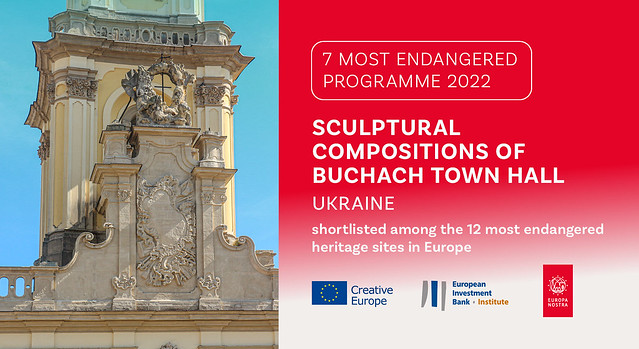 The Buchach Town Hall, harmoniously located in the middle of the market square in the centre of the town, was decorated with fine stone sculptural compositions. The themes of the sculptures refer to ancient mythology and biblical stories and the pediment features a magnificent stone carving – a heraldic composition with the coat of arms of the founder of the Town Hall, Mikołaj Bazyli Potocki. Despite being an example of originality and exceptional craftsmanship, the sculptures are in poor condition.

Some sculptures disappeared or were damaged during a fire in 1865 and as a result of intentional damage during World War I. The sculptures are currently in a state of deterioration, due to exposure to weather conditions and also due to unsuitable previous restorations. None of the fourteen sculptural compositions of the Town Hall is integrally preserved, and only nine of the statues still exist. 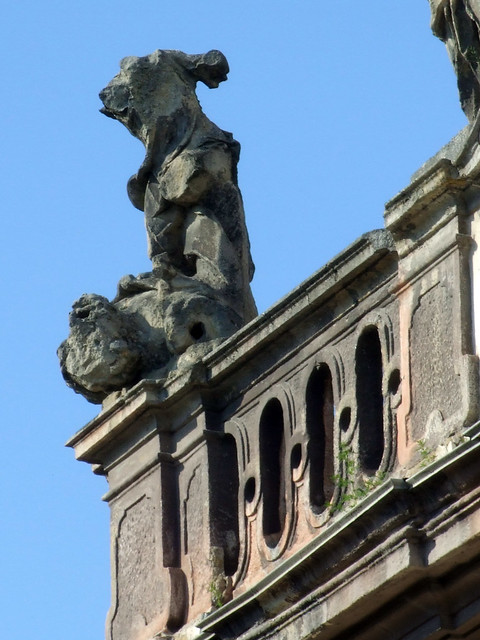 The Buchach Town Hall building is currently under architectural restoration, but the sculptural compositions and the remaining parts of the damaged statues need to be preserved and restored according to modern restoration methods. 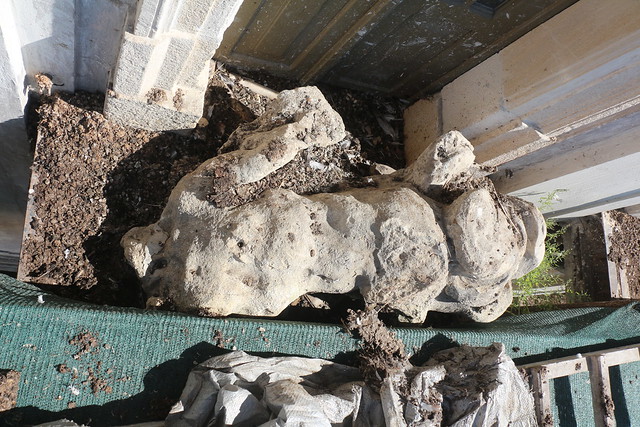 The Advisory Panel of the 7 Most Endangered Programme stated: “The re-discovery of Pinsel’s work and artistic significance after a long oblivion may be symbolic of the integration of Eastern European sculptural art with its Western European peers. Additionally, the cooperation between Meretyn and Pinsel have created a forerunner of the “Gesamtkunstwerk” – an artwork combining various artistic disciplines in one harmonious whole – in this case combining original and innovative architectural design and a thematic sculptural decorative composition.”

The Advisory Panel noted: “It is recommended that the work on the sculptures is paralleled by the pursuit of the restoration of the Buchach Town Hall which is already underway.”

The nomination of the Sculptural Compositions of Buchach Town Hall for the 7 Most Endangered Programme 2022 was made by the Municipality of Buchach.