The Synagogue of Híjar, located in the city of Híjar, is the only medieval synagogue remaining in the region of Aragon and one of only five in the whole of Spain. In the late 15th century, the building was adapted into a church devoted to Saint Anthony of Padua by the Franciscan Order. During the Spanish Civil War, it became a primary school. Today, the building is primarily used to celebrate the feast day of Saint Anthony of Padua. 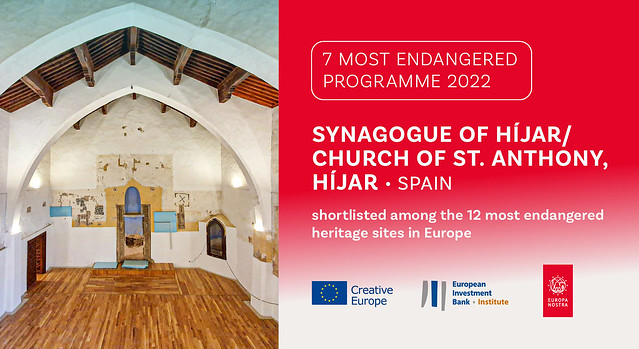 In 1492, the Alhambra Decree (or Edict of Expulsion) was issued by the joint Catholic Monarchs of Spain. The Decree, after some 1,500 years of Jewish presence in the country, ordered the expulsion of practicing Jews from the Kingdoms of Castile and Aragon and its territories, resulting in the forced conversion to Catholicism or resettlement of Jewish communities across the European continent. As a result, there are very few remains of built Jewish heritage in Spain, and this synagogue is a unique trace of this past.

The building has been unused and neglected and its condition has deteriorated due to its exposure to weather. In 2010 part of the roof collapsed accelerating the deterioration of the building as a whole. In 2019 some essential repairs were carried out, but further urgent works are needed to stabilise the building. 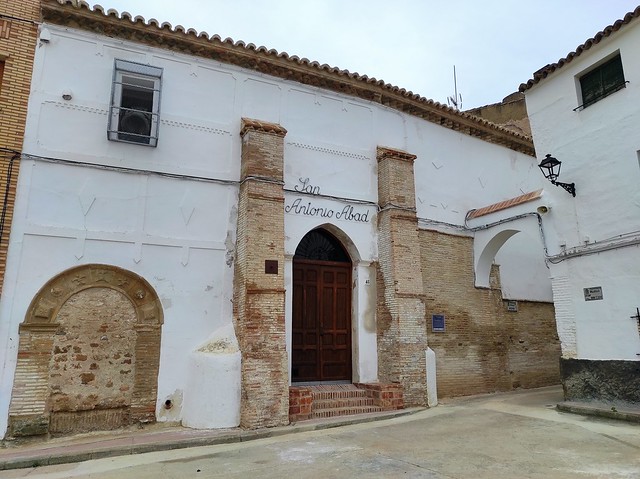 The building presents iconography of both Jewish and Christian religions and origin. Of particular importance are the fragments of wall paintings which were recently revealed from under several layers of plaster, which contributed to the unique preservation of the paintings for over 500 years. Due to the poor quality of their surroundings, these medieval paintings are now completely unprotected and are in direct contact with the outside atmosphere. The importance of protecting these medieval paintings is now clear, especially since there are no specific measures in place for their protection. 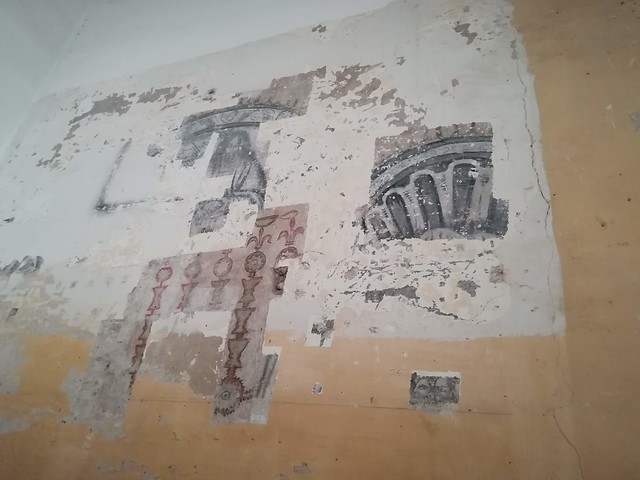 The Advisory Panel of the 7 Most Endangered Programme emphasised: “These outstanding wall paintings must undergo thorough study and be given immediate protection. The Region of Aragon and the municipality of Híjar have taken the first crucial steps to stabilise and protect the building. The local community is aware of the significance of this site and supports the possibility of re-opening it as a heritage, cultural and educational centre presenting the history of the lost Jewish community and promoting intercultural dialogue. This will secure its role as a symbol of the local history, and thus secure its future”.

Future for Religious Heritage, the European network for historic places of worship, which is a member of the European Heritage Alliance, nominated the Synagogue of Hijar/Church of St. Anthony to the 7 Most Endangered Programme 2022.