The Garden City La Butte Rouge, located in Châtenay-Malabry, near Paris, stands out as a model of garden cities in Europe. It is a living testimony of 20th-century social housing, and its architecture is strongly influenced by the Modern and Art Déco movements and the Bauhaus school. La Butte Rouge consists of 4,000 apartments and a green area spreading over 70 hectares. It is home to thousands of people.

On behalf of Henri Sellier – a highly-committed elected representative as well as a visionary politician from the early 20th century –, architects and landscape gardeners designed the entire project, which was completed over seven phases between 1931 and 1965.

The Garden City La Butte Rouge is the only one in France which cleverly combines and efficiently displays urban, architectural, environmental and social elements in its topography. It is considered a successful combination of social and economic reform and architectural innovation, and it has been internationally acknowledged as a relevant urban model in the context of climate change mitigation and within the Renovation Wave strategy. 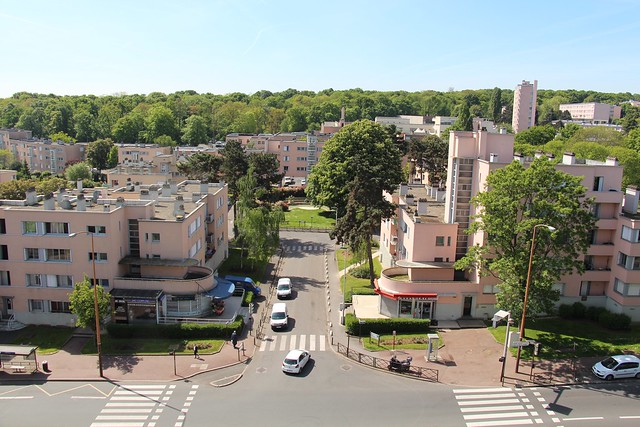 The housing complex was renovated between 1980 and 1995. Since then, the complex has not been properly maintained, resulting in damp, insufficient sound insulation between the apartments and insufficient thermal insulation.

La Butte Rouge, which has remained intact to the present day, is now at risk of demolition. For the last three years, the City of Châtenay-Malabry has made clear its intention to demolish this remarkable garden city, emphasising that it does not meet new building requirements. Around 85% of the buildings of the entire complex are at risk of being lost, which would affect the site’s architectural integrity and coherence. This has also given rise to real estate speculation which threatens the current allocation for social housing.

Several local protests have been organised, including petitions to save La Butte Rouge, but protection measures need to be implemented to preserve the architectural, urban and landscape authenticity of the site.  Visits to the garden city for small groups of visitors and school pupils have taken place with the aim of raising awareness of the situation of La Butte Rouge. New publications dedicated to this fascinating site were also published. 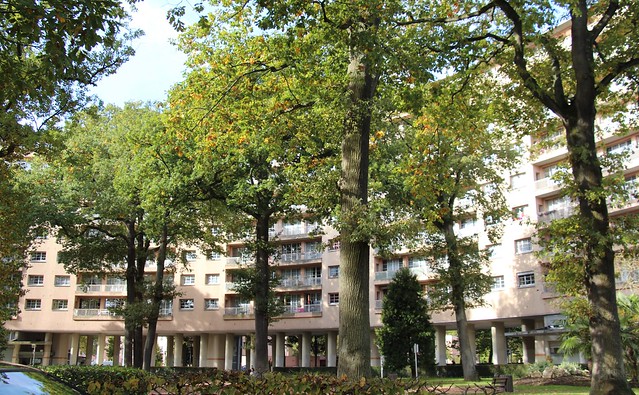 The nomination of the Garden City La Butte Rouge to the 7 Most Endangered Programme 2022 was made by an individual member of Europa Nostra, with the endorsement of Vieilles Maisons Françaises, a member organisation of Europa Nostra from France.

Meanwhile the City of Châtenay-Malabry commissioned a team of architects and landscape designers to follow their project. The destruction of 14 historical buildings is already planned and the inhabitants have been forced to leave their houses. To date, the Ministry of Culture has not taken any protective measures despite promises made in reply to numerous letters sent and contacts established by the nominator.

“La Butte Rouge is a fascinating example of garden city planning, which combines thoughtful responses to urban, architectural, environmental and social concerns, and is an important design in the Bauhaus style. La Butte Rouge faces the threat of demolition due to a renovation project that would demolish existing buildings, social housing and green spaces in order to build costly new apartments. In the context of the climate crisis and rising housing inequality, it is of utmost importance that La Butte Rouge is restored and adapted to serve as an example for future environmentally and socially responsible city planning”, emphasised the Advisory Panel of the 7 Most Endangered Programme.

The sustainable rehabilitation of the Garden City La Butte Rouge is perfectly in line with the principles of the New European Bauhaus initiative, of which Europa Nostra is a proud partner, and with the analysis and recommendations formulated in the European Cultural Heritage Green Paper: “Putting Europe’s shared heritage at the heart of the European Green Deal”, which was recently published by Europa Nostra in close cooperation with ICOMOS and the Climate Heritage Network.